No Time to Die, Mortal Kombat, Black Widow, Dune, The Matrix 4 and many more will meet with moviegoers in 2021.


Due to the COVID-19 outbreak that affected the world, many films decided to delay in 2020. With the increasing coronavirus cases, especially in North America, Disney, Warner Bros and Paramount productions, including Avatar 2, Spiderman 3 and the new Star Wars trilogy, were postponed to 2021 and beyond. With a circular issued by the Ministry of Internal Affairs in our country recently, the opening date of the movie theaters was postponed from December 31 to March 1. 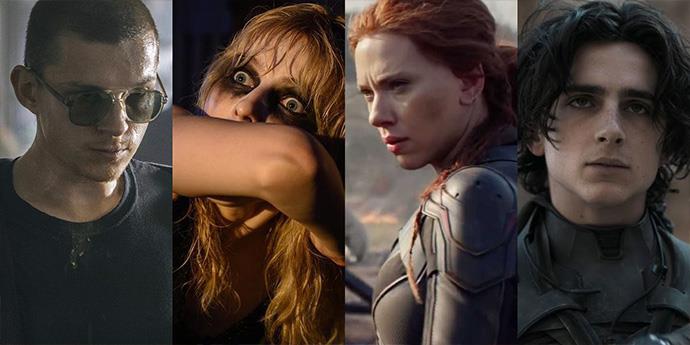 Check out the full list of movies to be released in 2021, prepared by Collider, below. Finally, keep in mind that the dates on the list may change in the future due to the coronavirus epidemic.

March 12: The Many Saints of Newark (HBO Max)

April 2: No Time to Die, Peter Rabbit 2: The Runaway

April 30: The Eyes of Tammy Faye

June 4: Samaritan, The Conjuring: The Devil Made Me Do It (HBO Max)

June 25: Venom: Let There Be Carnage

July 9: Shang-Chi and the Legend of the Ten Rings

August 27: Candyman, The Beatles: Get Back

September 17: Death on the Nile, The Man from Toronto, The Boss Baby: Family Business