Punishing action role-playing game, Thymesia, from OverBorder Studio, is to be published under Team17’s independent games label. Today’s partnership announcement will see the studio’s debut title arrive on PC later this year. Set against a world ravaged by a plague, Thymesia will challenge players with fast-paced melee combat while they unravel the mysteries that haunt the harrowingly beautiful world.

Thymesia steps out of the darkness with this announcement trailer:

At the heart of the story is Corvus, a mysterious character capable of seizing enemy diseases and using them as weapons against his adversaries; players will engage in visceral combat, combining ferocious offensive abilities, perfectly timed parries, and dynamic dodges to take down unforgiving enemies. Players will also have the ability to customise Corvus to their own play style, upgrading and improving various stats to aid in their journey to recover Corvus’ memories. 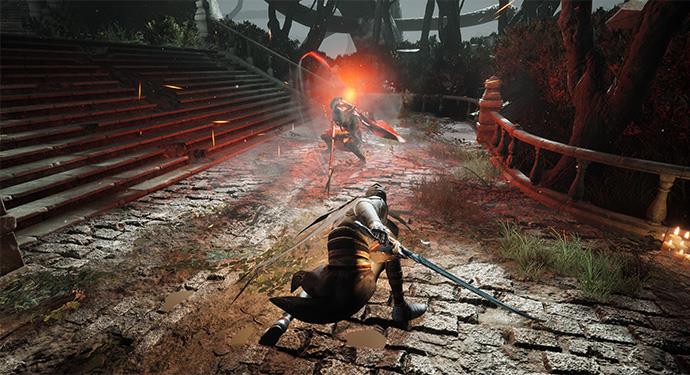 Weaponising diseases: As Corvus, players can seize diseases from enemies and wield them as deadly weapons

Engaging combat: Players will need to use their entire arsenal to avoid death; dodging attacks and parrying at precisely the right time will be instrumental to survival

A dark and deadly world: With a sinister and gloomy backdrop, Thymesia oozes character through its environments and setting

Unforgiving enemies: Corrupted by the plague, and mutated into monsters, the enemies are twisted and incredibly hostile, challenging players at every turn

Replayability: The ability to customise Corvus and try different builds, coupled with the multiple different endings available, means no two playthroughs are ever the same.

“The amount of enthusiasm from the community has been incredible and we’re happy to be working with Team17 on Thymesia. Their support has been instrumental in the game’s development, and we can’t wait to share the challenging world we’ve created with players later this year.”

“Thymesia is a unique title for Team17, and we’re dead excited to be working with OverBorder Studio on this dark and gloomy title. We’re confident that players are going to enjoy exploring the world and testing their combat skills as Corvus, challenging themselves against the monstrous foes that await.”