Ernest Cline, who brought the Ready Player Two book to the shelves also started a virtual promotional tour. A reward event will be held in the game Roblox next week.


Ernest Cline, the author of the book of the same name, which inspired the movie Ready Player One by Spielberg, which attracted attention with his adventures in virtual worlds, took its place on the shelves with his second book today. A number of activities have been prepared for the book online.

What does Ready Player Two offer?

As you can remember, the movie Ready Player One was an animation focused film that focused on virtual worlds. An event was held in the Roblox game in 2018 for the film, which makes a reference to the popular multiplayer games of the last period, and 13 million players participated.

Ernest Cline has again released the book Ready Player Two, in which he describes adventures in virtual worlds, as of today. A virtual publicity tour starts at the address of the same name where the description of the book will be made. Roblox game is also included in this event, which is defined as the biggest book promotion in history.

The event will begin with a Q&A session between Roblox chief Dave Baszucki and Ernest Cline on December 1, at 19:00. Players will be given some tips on bounty hunting. During the hunt, there will be a chance to win various in-game gifts as well as Ready Player Two themed gifts. 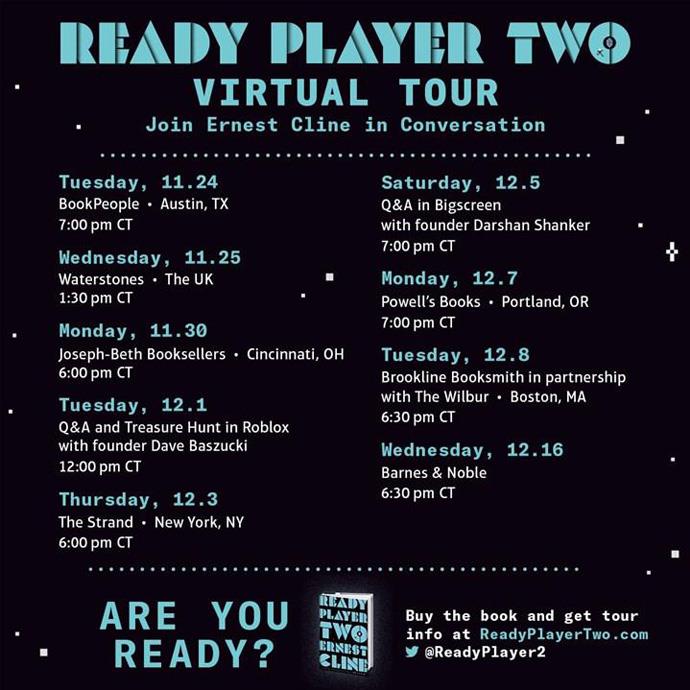 Microsoft wants Bethesda games to be "first, better, or best" on Xbox

5 new games will be announced at The Game Awards