New details have been revealed from Netflix's Witcher anime, which was announced at the beginning of last year but did not share any progress after it was announced.


As you know, a series of The Witcher series, which is popular in the fantasy literature and game world, was released on Netflix last year. Later, the Witcher anime movie Nightmare of the Wolf was announced. The Netflix page of the movie, whose logo was shared in the past weeks, opened and some details were revealed.

The anime movie Nightmare of The Wolf will focus on Vesemir, the spiritual father of the character Geralt of Rivia, which we see in games and books. The story will tell before Vesemir and Geralt met. With the opening of a Netflix account, the official introduction of Netflix has been announced: 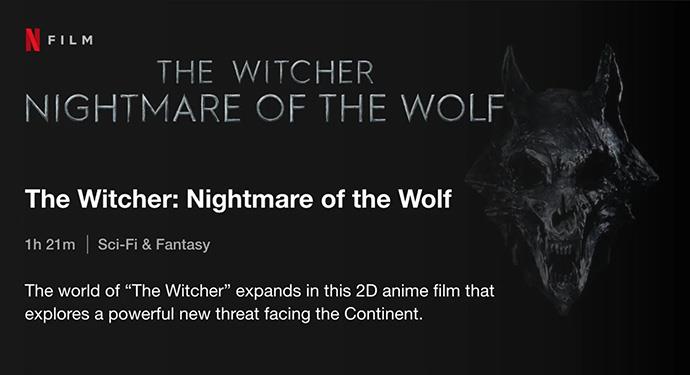 "This two-dimensional anime, which is about a new and great danger awaiting the Continent, expands the extraordinary world of The Witcher."

As we can see from the article, this anime from Studio Mir, the producer of Legend of Korra, will be a two-dimensional anime. The duration of the movie, which we know will be released in 2021, will be 1 hour 21 minutes.

The film is written by Beau DeMayo, and the lead actor in The Witcher series, Lauren S. Hissrich, is the head of the new movie.