Cyberpunk 2077, the awaited game for years finally made its debut and its success in the first hours of the game shows how excitedly it is expected.


Cyberpunk 2077, published and developed by CD Projekt Red, finally made its debut. The statistics of the game only on Steam are really surprising.

If we make a simple inference here, we can say that more than 1 million people have purchased Cyberpunk 2077 on Steam alone. Apart from Steam, the game was also available for sale on PlayStation 4, PlayStation 5, Xbox Series, Xbox One, Stadia, Epic Games and GOG. In short, we can say that the game has reached an enormous number of sales from the first day.

It should also be noted that Steam crashes for a short time while the game is being accessed on Steam. 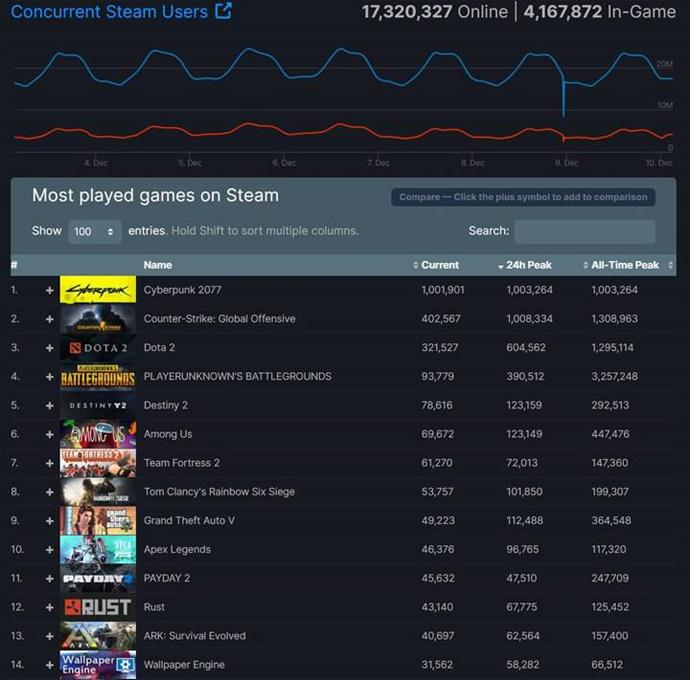