Cyberpunk 2077, the most anticipated game of the year has been distributed to the press and reviews were published yesterday evening. Now the performance tests for the PC have emerged.


Cyberpunk 2077, published and developed by CD Projekt Red, has been playable by the press for a few days. Pre-order players can also preload right now. When the press organizations started playing the game all the information started to come slowly.

Looking at the reviews of the game in general, we see that the game is good but still contains bugs. Of course, after the patch to be released on the first day, it is necessary to evaluate the game once again. However, for now, we can say that there are in-game errors and performance problems in the game.

Avatar CD Projekt says Cyberpunk 2077 works surprisingly well on PS4 and Xbox One
Let's talk about the playing time of the game before moving on to the performance tests because that is another criticized issue. It is generally said that playing only the main story of the game takes about 20-30 hours. When an average side mission is done, this time increases to 40 - 50 hours. However, when you try to finish the game completely, it has been said that it found 100 hours. In addition, many editors reported that the game is very detailed and the main story time is not enough to discover the game. 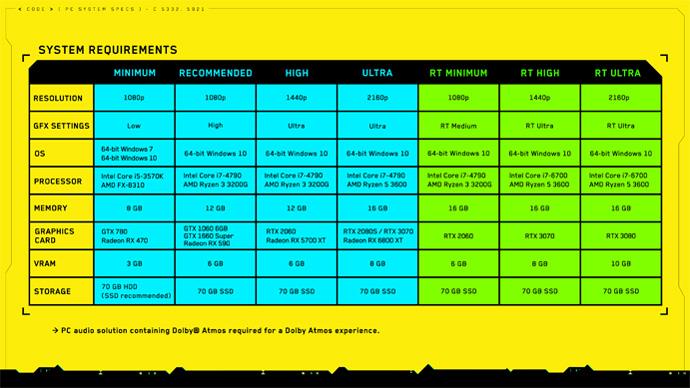 In fact, we can still see that the game runs well on high-end systems, but a much lower performance than expected on low hardware. Especially the GTX 1060 6GB cannot exceed 40 FPS at 1920x1080 Medium settings. You can see the performance tests of the site named Tom's Hardware by looking at the gallery below. On the upper left side of the images, the settings of the test are written. Let us remind you that we can see a better optimized game and higher FPS with the first day patch or with the future patch.