Pre-orders are Live Now for the Medieval Multiplayer First-Person Slasher on PlayStation®4, PlayStation®5, Xbox One, Xbox Series X/S, and PC

Both retail and digital console pre-orders are live today for the PlayStation®4 and PlayStation®5 computer entertainment systems, the Xbox One family of devices, and the Xbox Series X/S console systems for both the standard edition of Chivalry 2 (MSRP $39.99, €39.99, £34.99) and the Chivalry 2: Special Edition (MRSP $49.99, €49.99, £44.99). All digital pre-orders for both console and PC (via Epic Games Store) include guaranteed access to the Chivalry 2Cross-Play Closed Beta, scheduled to run from Friday, April 23 at 10:30am EDT through Monday, April 26 at 10:30pm EDT. 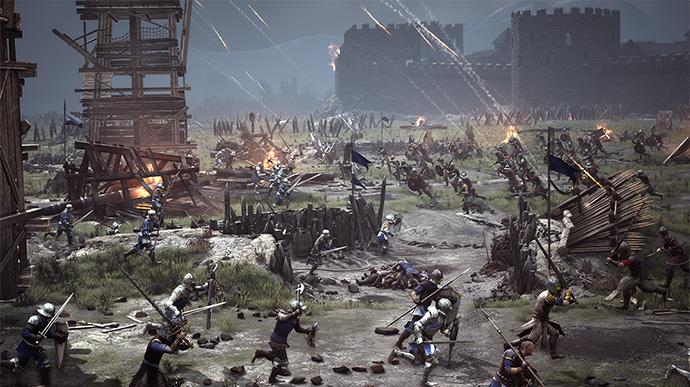 In addition, Chivalry 2 will offer pre-order incentives across the standard and special editions. The standard edition pre-order of Chivalry 2, available for both digital and retail, will grant players the Royal Zweihänder weapon skin. The Special Edition, offered for digital pre-order only, comes with additional exclusive items in addition to the Royal Zweihander weapon skin, to further enhance the Chivalry 2gameplay experience.

Please visit the official website to pre-order Chivalry 2 and find details and pre-order purchase links for both standard and special editions on all available platforms.

Chivalry 2 also supports free cross-generational upgrades from current-gen versions when you upgrade to a PlayStation 5 or Xbox Series X/S system.

To celebrate this news, and to prepare players for the upcoming Cross-Play Closed Beta, Torn Banner has released two all-new videos detailing each of the battling factions featured in Chivalry 2. The Mason Order – For the Red and Black! Inspired by the virtues of strength, merit and dominance, the Mason Order has no respect for the weak and seek to crush any who oppose them. The Agatha Knights – For the Blue and Gold! The Agatha Knights are instilled with a strong sense of loyalty, duty and honor, and believe themselves to be the rightful rulers of the land. 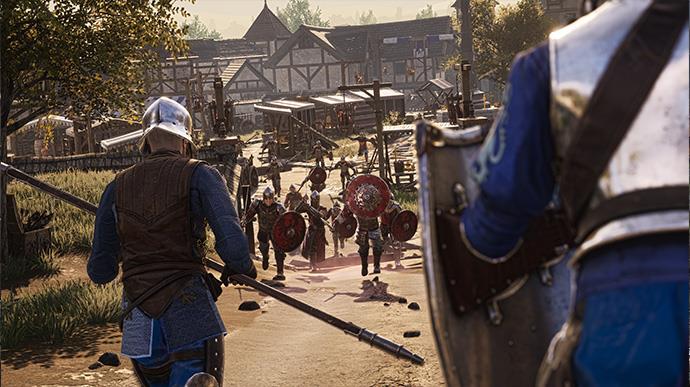 Additional details on what players can expect from the upcoming Chivalry 2Cross-Play Closed Beta include:

Cross-Play Across All Platforms: Cross-Play smashes the boundaries between PC and console, allowing players to face-off on the battlefield together, regardless of platform.

Size Matters: Experience the chaos of epic medieval battlefields, charge forth to the frontlines of battle, and experience true mass-scale combat supporting up to 64-players designed to capture the intensity and scope of “The Battle of the Bastards” from Game of Thrones.

Master Blade, Bow, or… Chicken: Your arsenal expands with the new subclass system that provides more variety than ever before. Four base classes expand to 12 subclasses, including the Skirmisher, a melee/ranged hybrid – to the Poleman, a fighter who keeps foes at bay with long-distance melee.

The World is Your Weapon: Own the field with a variety of heavy siege engines including Ballistae, Catapults, Trebuchet, Battering Rams, Mantlets, Spike Traps, Ladders and more. Utilize traps to defend, including spikes, bear traps, and more. You can even deal damage with a smorgasbord of “found items” on the battlefield. Try downing a cup of mead and deal a killing blow with the empty chalice or finish off a foe by smashing him in the face with a flaming chicken!

New Map – The Siege of Rudhelm: In the first public hands-on of Chivalry 2 since PAX East 2020, experience the return of the fan-favorite Team Objective mode and join attacking or defending teams as 64-players vie for control of a well-fortified castle in a never-before-seen map.

Many Modes: In addition to Team Objective mode, closed beta participants can also sharpen their skills in a variety of other modes, including Team Deathmatch and Free-for-All.

Chivalry 2 is a multiplayer first-person slasher inspired by epic medieval movie battles. Players are thrust into the action of every iconic moment of the era –from clashing swords, to storms of flaming arrows, sprawling castle sieges, and more. Dominate massive battlefields while catapults tear the earth apart as players lay siege to castles, set fire to villages, and slaughter filthy peasants in the return of Team Objective maps.

Improving on the original genre-defining Chivalry: Medieval Warfare, Chivalry 2invites players to master the blade with an all-new and improved combat system that combines real-time strikes and a free-flowing combo system to speed up the action and let players become a whirlwind of steel on the battlefield. Created with the ability to fight multiple foes in mind, Chivalry 2’s combat mixes the best of both FPS and fighting game genres for an unmatched melee experience.

Cyberpunk 2077 is available on all platforms